Instagram has been testing, as reported by TechCrunch, a new tapping through mechanism that would put an end to that continuous scrolling that all current users have to face. The brainchild of Snapchat, tap to advance was introduced by the app to allow its users seamlessly go through all the posts without leaving blurry thumb marks from too much scrolling on their phones. 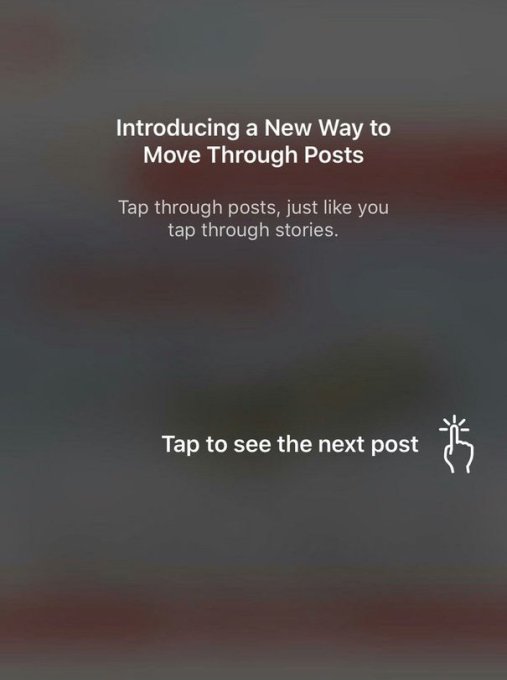 Instagram is bringing in the same feature to allow users ease of access and devour more of their time going through posts. Well, this will also reduce the possibility of cramps on your fingers from too much scrolling. Instagram user Suprateek Bose has even taken a screenshot of the feature for more clarification. The feature currently is being rolled out mainly for the Explore section where the algorithm decides which posts are needed for the user.

Next: turn your mind off completely. Succumb to the feed.

Open instagram, and it does the browsing of the feed for you.

Comment by grunting one of 5 known emotions at your phone. https://t.co/EzrJWccjbh

Generally, it displays friends of friends’ post – so while the tapping feature may seem more convenient, it is advisable to be careful to not double tap the post – that awkwardness can be hard to explain!